NEW YORK CITY (WABC) — Police are looking for two men believed responsible for at least 10 overnight burglaries at Fridge No More locations across New York City dating back to mid December of 2021.

The grocery fulfillment centers have been popping up in storefronts and are popular with people who like the convenience of delivered groceries — but they are also raising questions about zoning laws.

The centers look like grocery stores with shelves stocked with food, but customers aren’t allowed into Fridge No more — the delivery workers bring the merchandise to the customers.

That didn’t deter thieves who broke into several locations and stole computers, scooters and E-bikes.

The crime spree began on Friday, December 17, between the hours of 3 a.m. and 7 a.m. at the location on East 23rd Street in Manhattan.

Authorities say the two men made off with three Aarow Bikes and batteries, three MacBook Airs, an iPad and a Zoom Bike valued at a total of $10,600.

That same night, the men also struck a Fridge No More on Third Avenue on the Upper East Side, stealing three Ninebot scooters valued at a total of $3,000.

Police say between December 28 and January 29, the same men hit the following locations in a similar manner: 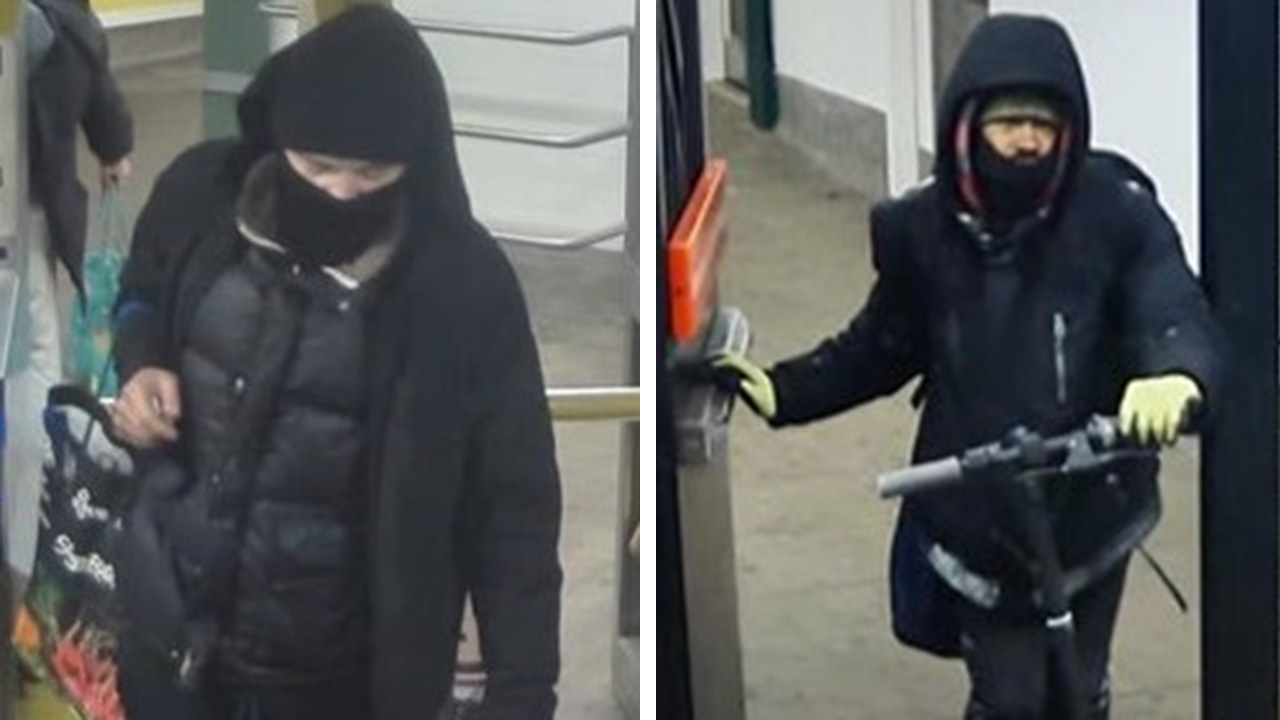 As police look into the robberies, the City Council is looking into the legality of the businesses — some of which are dark stores where it’s hard to see inside.

“There’s a great deal of interest in these fulfillment centers, dark stores, warehouses, whatever you want to call them, because they’re definitely disruptors,” said Gale Brewer.

Brewer started questioning the businesses as Manhattan borough president last year, and now that she’s back in the NYC Council, she has written a letter asking city agencies to clarify whether the spaces they’re using are zoned for what they’re doing.

She and others say with no foot traffic, they hurt other businesses. And people seeing them popping up in their neighborhoods are also skeptical.

“I’m more about giving money back to like, my community, and it seems like these are kind of taking that away,” said Brooklyn resident Garrett Wheeler.

Marcus Solis reports from Queens where a man was stabbed in the latest incidence of violence inside the subway system.