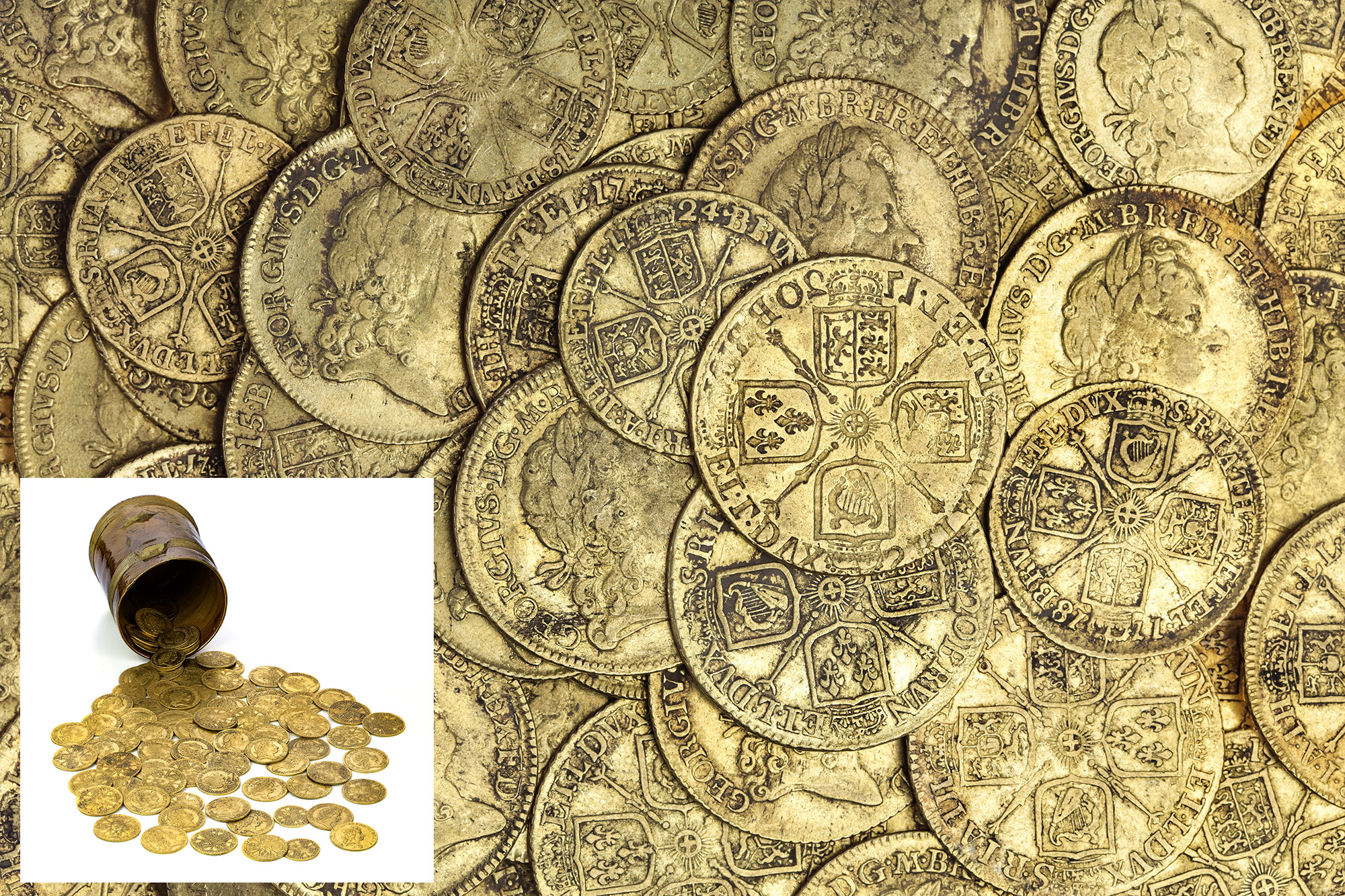 Penny for your thoughts?

While undertaking a new home renovation project, a couple from Ellerby in North Yorkshire, England, hit the jackpot after they found a cup filled with 264 gold coins worth more than $800,000 underneath their kitchen floor.

The pair initially thought that they had come across an electrical cord six inches under their floorboards, according to The Sun — but when they investigated further, it actually turned out to be a cup the size of a soda can that was shockingly filled with coins dating from between 1610 to 1727.

When they discovered the treasure trove, the couple reached out to Spink & Son, a London-based auction company, according to the outlet. The company traveled to their home to check out the coins and traced their lineage back to a family nearly 300 years ago.

According to The Sun, the gold coins belonged to the Fernley-Maisters, a wealthy family from Hull, England, who were well-known merchants. They also discovered that later generations of the Fernley-Maister family served as members of Parliament and Whig politicians in the early 1700s.

The coins were originally estimated to be worth $231,390, but that number turned out to be just a wee bit off — they recently sold at auction for $852,380, according to NBC New York.

“The sale was unique in so many ways,” auctioneer Gregory Edmund told The Sun, alluding to “the story of the coins, the method of discovery and the rare opportunity to buy them at auction.”

Edmund added: “All that combined in a buoyant and energised market to create incredible new prices as the 264 coins of the Ellerby hoard found new homes.”

One of the coins, a Charles II guinea, even had a mint error on it — instead of “CAROLVS,” it was accidentally spelled “CRAOLVS.” Another coin was a rare Scottish issue, according to NBC.

The couple found the coins in July 2019 and have lived in the home for 10 years. They have not revealed their identity publicly.