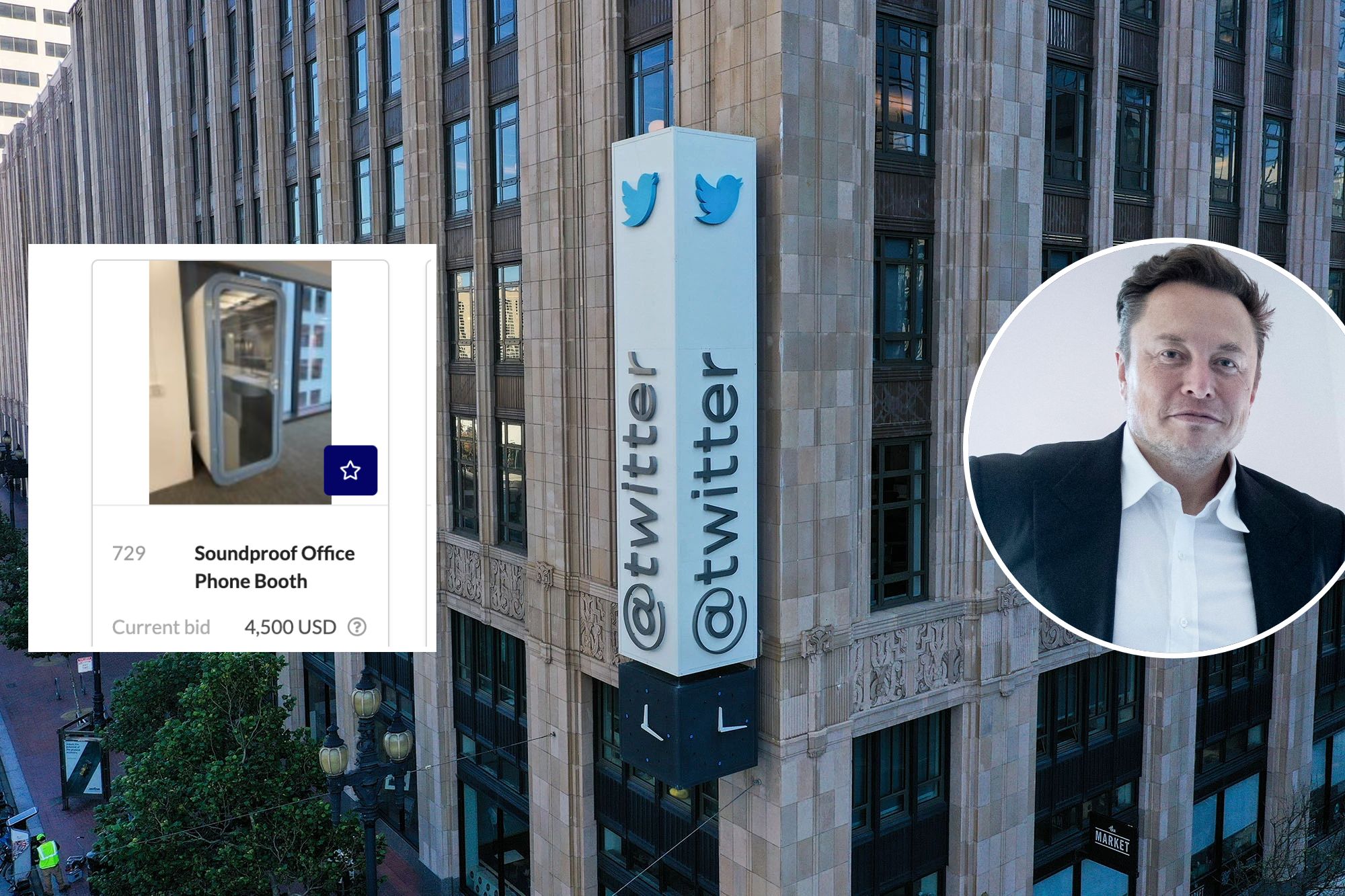 The Tesla billionaire is selling off furniture and other items from Twitter’s San Francisco headquarters in an unprecedented auction.

More than 600 items of what have been labeled as “surplus corporate office assets” are up for sale and organized by auction firm Heritage Global Partners.

The move comes months after laying off thousands of employees at Twitter, and then downsizing its headquarters.

The social media platform, which Musk took over in October in a whopping $44 billion deal, has reduced its space by two-thirds at 1355 Market St.

What’s more: A soundproof office phone booth is up for auction with a bid of $4,500. Even kitchen appliances, like a walk-in fridge, ovens and freezers were included in the sale. A semi-auto espresso machine went for $4,700. The bidding is expected to close by end of day Wednesday.

In response, Twitter users were having a field day with the auction.

The move comes as Musk, 51, has been making major cuts to staff — even eliminating free meal options.

In December, Musk revealed that Twitter was not secured financially. “We have an emergency fire drill on our hands.”

“Twitter isn’t secure yet, just not in the fast lane to bankruptcy. Still much work to do,” Musk later Tweeted.

After missing rent payments, Twitter has now gone from six floors to occupying only two.

Twitter laid off about half of its 7,500-employee global workforce in early November, as Musk enacted a drastic cost-cutting plan. This included 800 who were based in San Francisco.

The company is also reportedly set to close its Seattle and New York City offices in an effort to cut costs.

Musk has also come up with ideas to generate revenue, such as charging for verification and subscription plans.