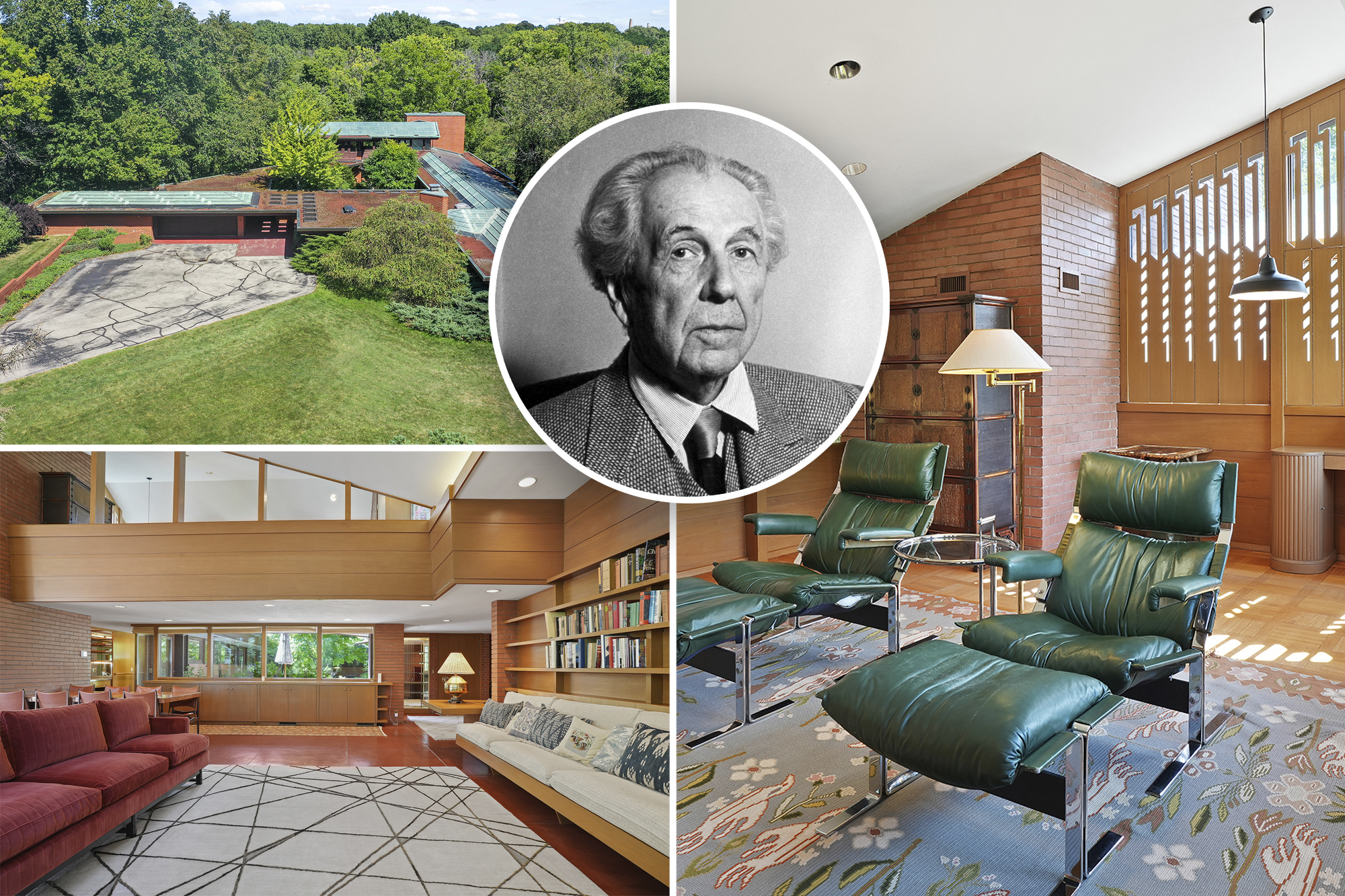 This rare house in Wisconsin has never changed hands — until now.

A bucolic abode in Mount Pleasant built by the famed architect Frank Lloyd Wright in 1954 has gone up for sale for the first time ever — and its broker has been inundated with calls.

“I don’t expect it to last until the weekend,” Anthony Veranth of Re/Max Newport Elite told Crain’s Chicago Business of the low-slung property, which hit the market on Saturday. By Tuesday, he said, he had already scheduled roughly a dozen showings.

The six-bedroom, eight-bathroom home asks $725,000 for the “rare opportunity to own a work by America’s most prominent architect.” Buyers should expect to pay a bit beyond the sticker price, as Veranth warns the home, though well maintained over the years, is in need of roof repairs — among other updates. Including those in the payment brings the number up to the $900,000 to $1 million range, he told Crain’s.

Built by Wright for the family behind consumer chemical company Johnson Wax, the 3-acre property is currently owned by a trust linked to the great-granddaughter of the company’s founder, Samuel Curtis Johnson. That great-granddaughter, Karen Johnson Boyd, commissioned the home from Wright and lived there until her death in 2016. Her widower, Bill Boyd, passed away in 2020.

The Johnson family’s members were big fans of Wright and commissioned at least two other properties from him: Their company headquarters and a second home.

The main house is spread over 4,978 square feet and is located on a bluff of a ravine overlooking Wisconsin’s Root River. It’s located approximately 77 miles north of downtown Chicago.

“The expansive dramatic Great Room is cantilevered above the ravine emphasizing the continuity between interior and exterior,” boasts the listing of the compound, “blending with nature and maximizing views.” All but one of the six bedrooms has an ensuite bath, and a balcony overlooks the main living space.