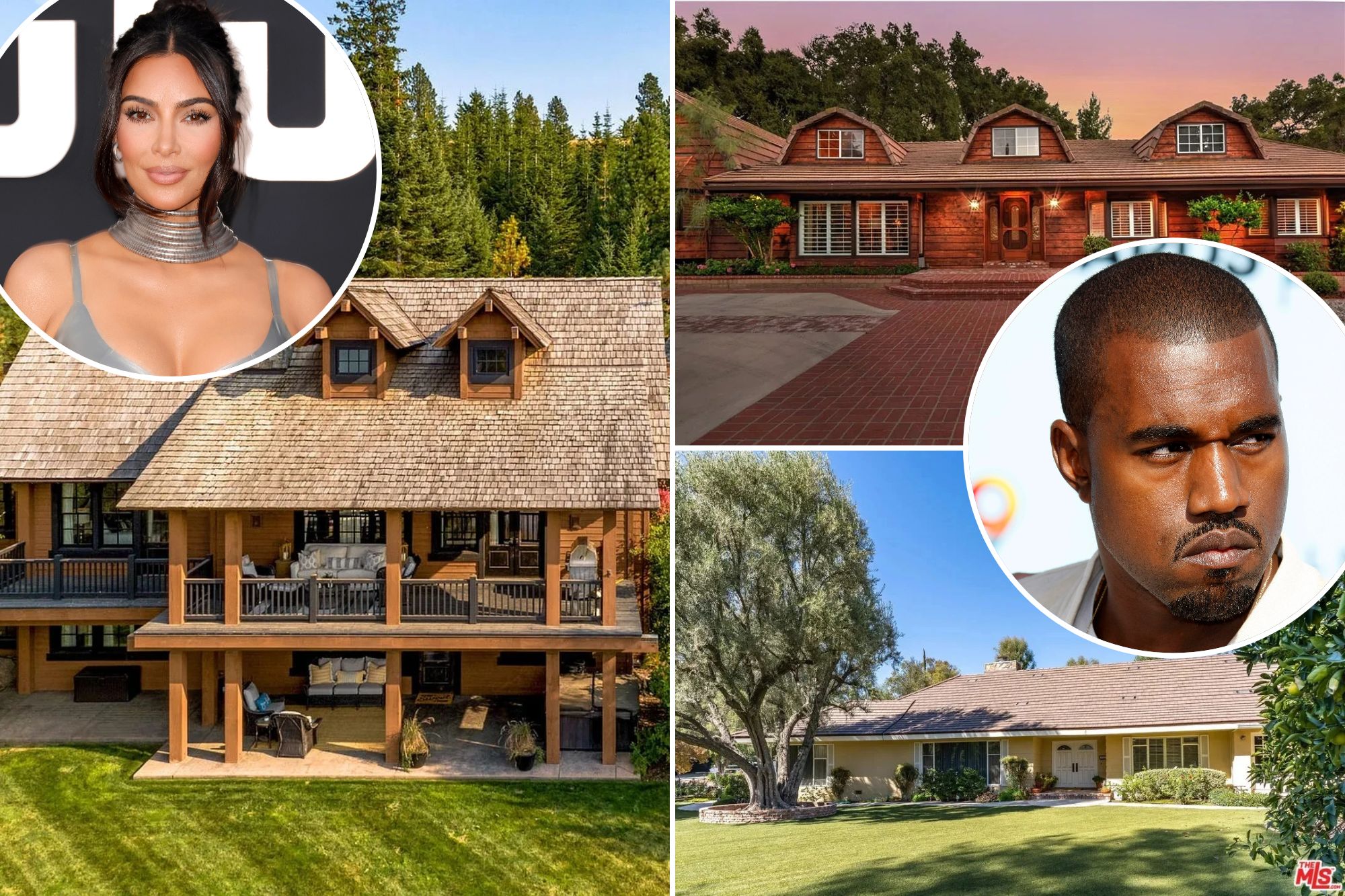 It looks like Kanye West is saying his ex-wife can have it all when it comes to their previously shared property.

But when it comes to the Hidden Hills, California, home across the street that West — otherwise known as Ye — purchased 10 months after Kardashian filed for divorce, the rapper is not budging.

Sources previously told The Post the fallen-from-grace entrepreneur bought that five-bedroom, four-bathroom, $4.5 million home to have easy access to his kids.

“It’s just simple logistics so that he is close to his children and has access to them at the drop of a hat,” the insider said.

Divorce settlement documents obtained by The Post show that West, 45, will keep that home, as well as the $57 million Malibu home he is currently gutting, his two Wyoming ranches, and his childhood home in Chicago.

Additionally, West will also still hang onto his Stokes Canyon Road property in Calabasas, which saw three, 50-foot-high dome structures being built and later demolished due to building code violations. He will also get the Calabasas condo that’s currently on the market for $3.5 million and a modest Thousand Oaks abode that spans just over 1,800 square feet.

In total, West’s real estate assets are worth nearly $97 million.

Meanwhile, Kardashian, 42, is now the sole owner and fully responsible for their main Hidden Hills home, which West designed. They had initially paid $20 million for the house when they first married, and invested an additional $20 million in renovations. Kardashian even paid an extra $23 million to buy out West for the home.

Meanwhile, the reality star and SKIMS founder will get to keep all of the other four homes next door, a Malibu property, a Riverside lot and three Idaho properties.

Two of the Hidden Hills properties are currently on sale for $5.3 million and $7 million.

Combined, she has real estate assets worth over $134 million.