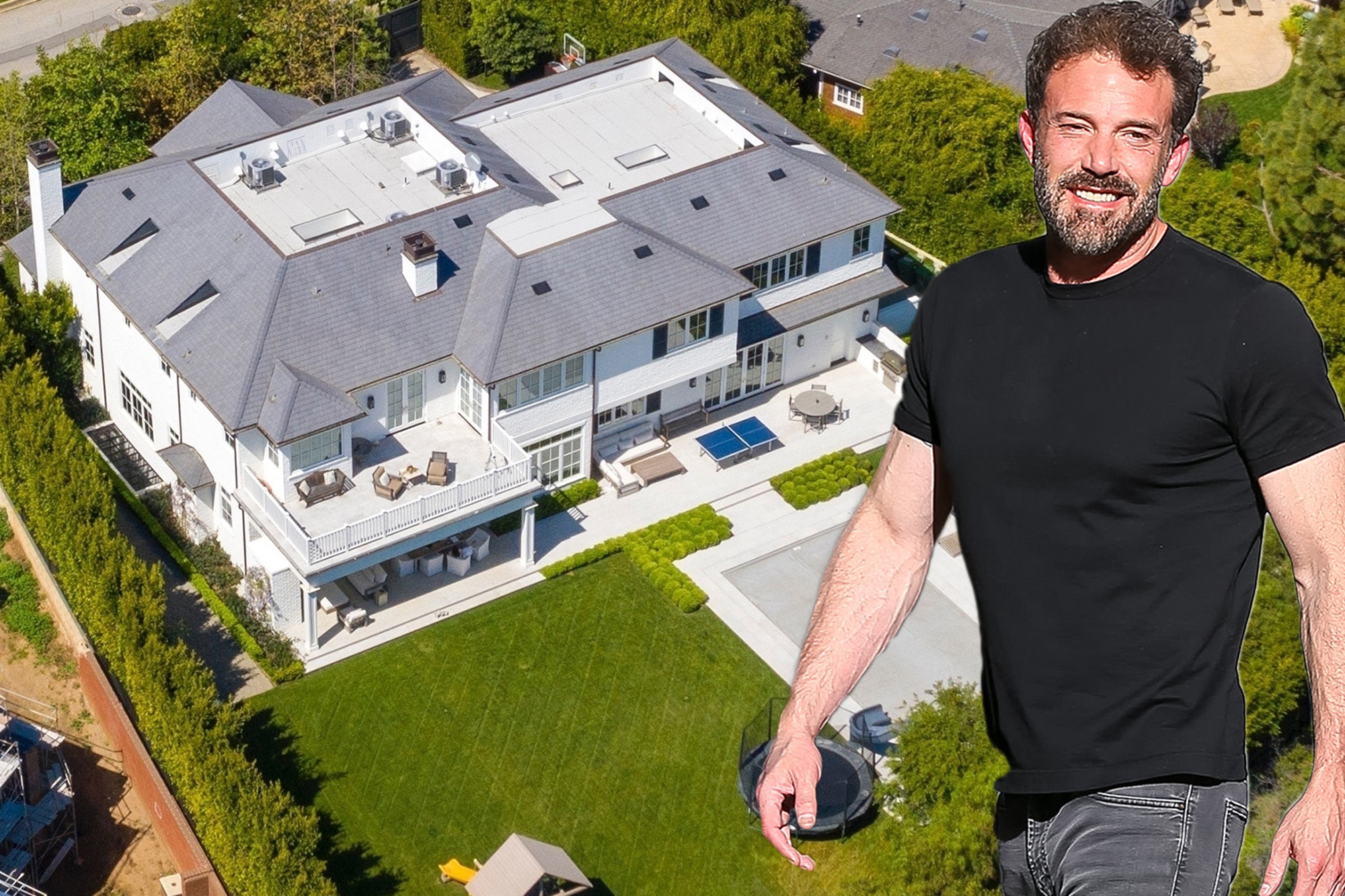 Now that Ben is married to Jenny from the Block, he doesn’t need his bachelor pad any longer.

Affleck, 49, has listed his California mansion for a whopping $29.99 million, The Post can confirm.

The actor purchased the seven-bedroom, nine-bathroom estate in 2018 for $19 million, following his divorce from Jennifer Garner.

At one point, ex-girlfriend Ana de Armas lived there with him.

But now the father of four is saying goodbye to the Pacific Palisades property after officially saying “I do” to Jennifer Lopez in June.

Spanning over 13,400 square feet, the gated home is located in the upscale Riviera Country Club.

Luxe amenities include a movie theater, a recreation room with a full bar, a temperature-controlled walk-in wine cellar and a gym.

Features include a sitting room with box-beamed ceilings, a family room with a fireplace and a wall of glass that opens outdoors — plus a “chic” kitchen space, the listing notes.

Outdoor amenities include a kitchen, a pool with a waterslide, a spa and al fresco dining under the covered patio that features heaters, according to the listing, which notes there is a separate guesthouse.

Inside, the primary suite features vaulted ceilings, a fireplace and a balcony.

Santiago Arana and Amir Mostame of The Agency hold the listing.

Meanwhile, “Bennifer” is suspected to have moved into Mariah Carey’s ex James Packer’s abode in Beverly Hills — purchasing the estate for an undisclosed price in an off-market deal worth an estimated $80 million.