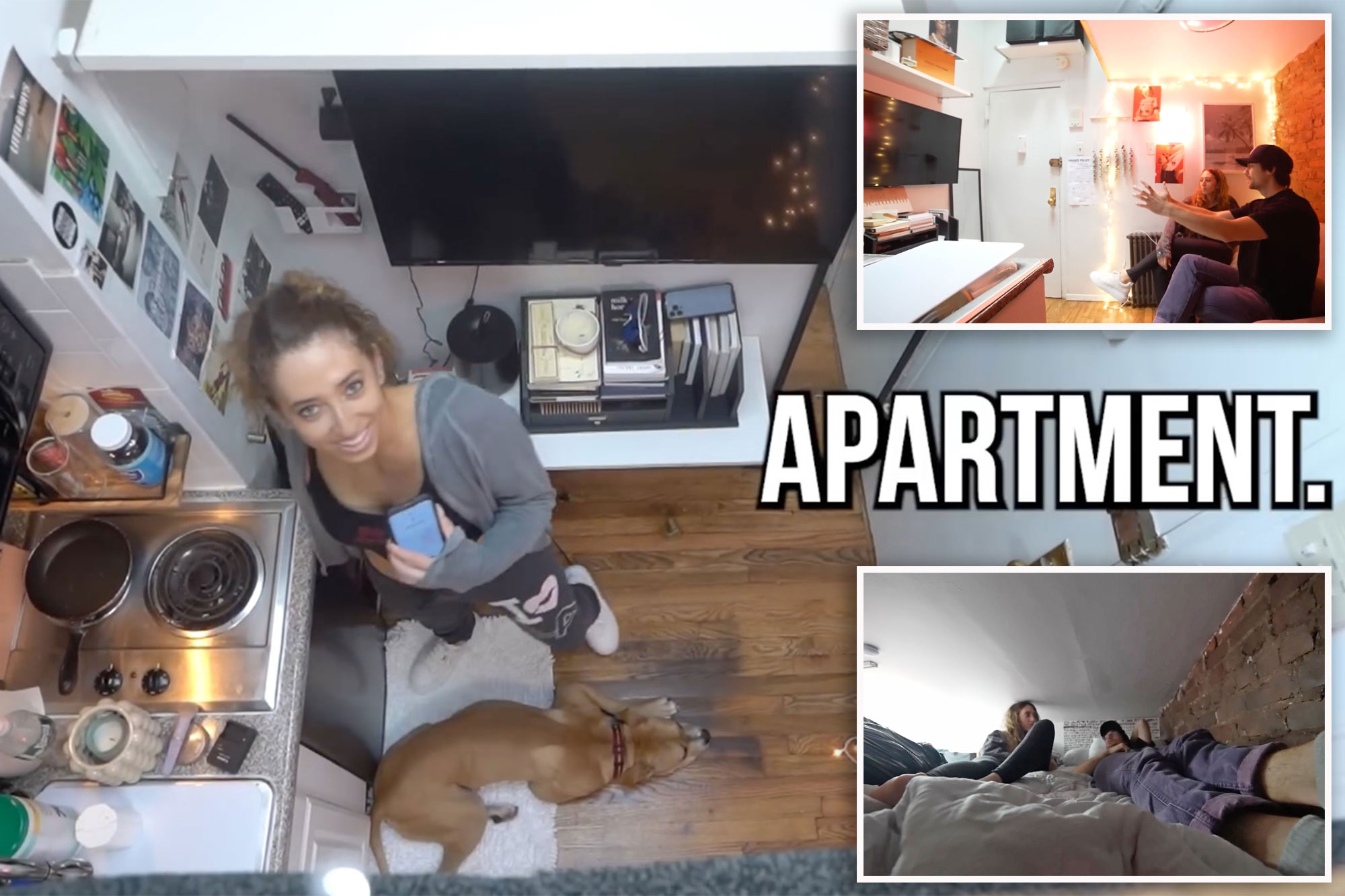 This itty-bitty Manhattan apartment has gone viral for being so dang small. But, for now, it’s saving one local lots of money each month.

“Today we tour the SMALLEST apartment in New York City at 80 square ft, which is the size of a parking spot,” reads the caption on YouTuber Caleb Simpson’s video tour of Alaina Randazzo’s Midtown home. Since posting on September 13, the roughly 6-minute clip has racked up more than 1.5 million views.

At $650 per month, the apartment is a steal for its location, but it comes at the high price of not having its own bathroom. Randazzo, who works in fashion, makes do with just a sink in her own unit, and shares the shower and toilet down the hall with other building tenants. This setup is what’s known as a single-room occupancy, or SRO, officially defined as a unit with “one or two rooms [that] either lacks a complete kitchen and/or bathroom or shares them with other units.”

The living situation is legendarily compact and affordable — and has a long history in NYC, where the housing type used to be much more commonplace.

What’s more, the doesn’t even have its own oven. But Randazzo’s kitchenette has a two-burner stove and a sink both atop a mini fridge and a small cabinet for storage. (She cooks sometimes, she says, but has to buy fresh ingredients due to the lack of space to keep them.)

“You can almost reach over and wash your hands from the living room if you wanted to,” Simpson said while sitting on the couch.

“You almost couldn’t even do an at-home workout here, that’s how small it is,” Simpson at one point commented while stretching out and doing a push-up on the floor. Randazzo won’t deny it. “It’s so college, feels like a dorm, yeah,” she noted of the combination of hardly any storage space and communal showering.

As for sleeping, Randazzo’s bed is lofted and close to the ceiling — which prevents guys from staying over. The home certainly looks cramped, but there are hacks. She keeps her shoes outside in the hallway and, when she works from home, she uses the rooftop to chip away al-fresco.

Viewers were stunned. In the comments, people wrote, “It literally is a walk-in closet. She utilized her space extremely well,” while another posted, “My claustrophobia and anxiety could never.”

Still, the SRO offered a welcome $2,600 monthly rent reprieve from her former home in a luxury high-rise. When she signed the lease for this tiny unit, she explains, she’d been debating moving back to Los Angeles. But she decided to take a gamble on the closet-sized unit so she “could travel and not have to worry about a lot of rent.”

She’s ready for her next adventure, though, as Simpson noted in the comments that “forgot to mention in the video but Alaina told me she does not plan to renew her lease. It’s a 1 year fun experience to see what tiny living is like in NYC.”