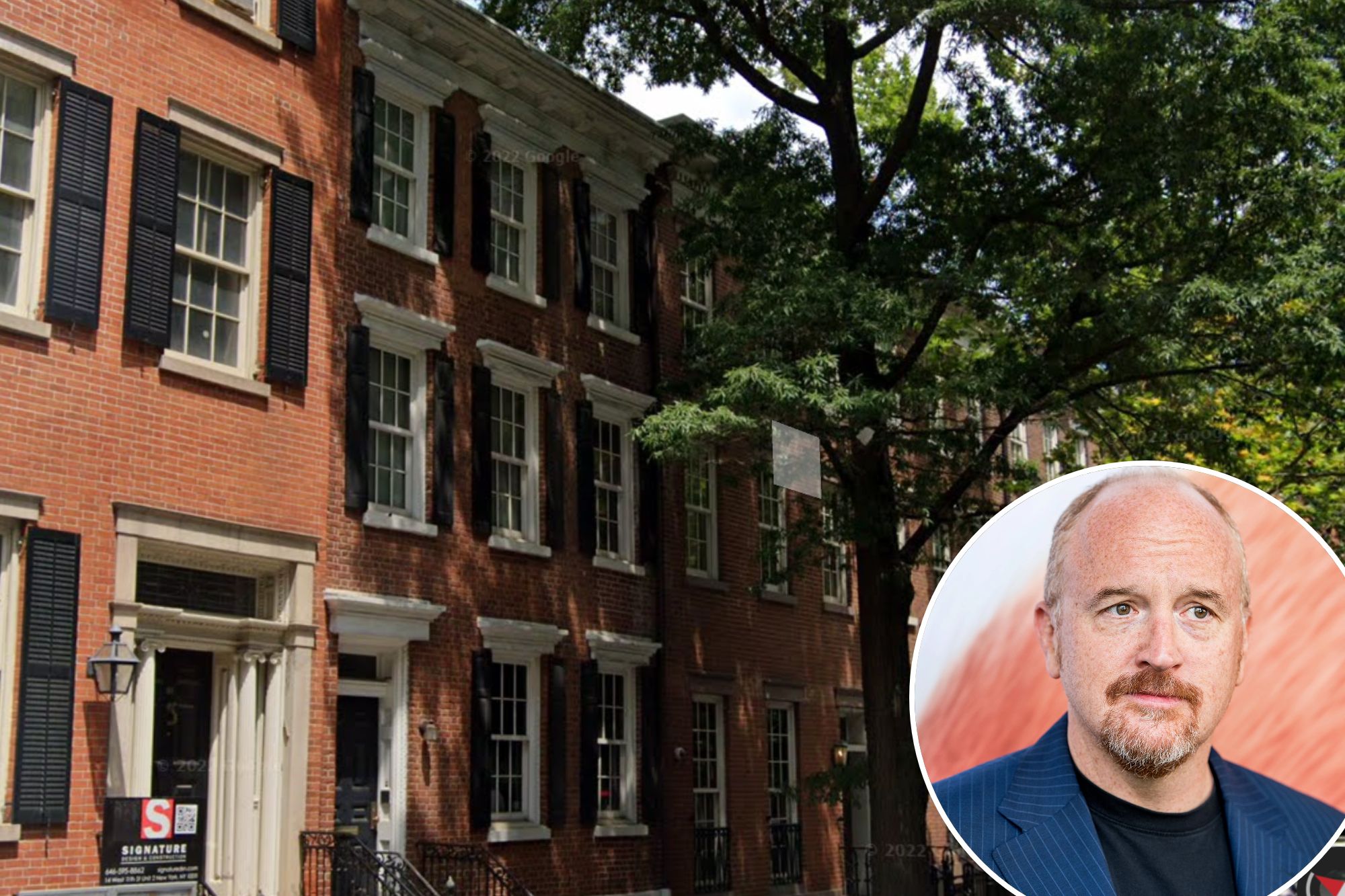 Comedian Louis C.K. is saying goodbye to his longtime New York City townhouse on the heels of downsizing to a $3.85 million apartment in the Greenwich Village, The Post has learned.

Located at 35 Charlton St. in Soho, the comedian, born Louis Székely, purchased the three-story, five-bedroom home in 2012 for $6.5 million, records show. The property is now on the market for $8.5 million.

Described as a “rare opportunity to own a piece of history,” the townhouse is part of the longest row of Federal and early Greek Revival buildings developed by John Jacob Astor, the listing notes.

Details include a second-story terrace, a private yard and neighborhood views.

“There are endless value-add opportunities either as an expansive single family home with a separate rental apartment below or one completely private residence,” the listing adds.

Carl Gambino and Justin Montero of Compass hold the listing.

Meanwhile, The Post reported this week that Louis C.K. purchased an eighth-floor unit at the famed downtown Art Deco building One Fifth Ave.

Made up of four bedrooms and three baths, that co-op is a corner two-unit combo that was available for the first time in almost 40 years.

Additionally, the comedian, who admitted to sexual misconduct in 2017, is also unloading a third downtown home. It initially hit the market for $2.5 million earlier this year, and has since received a $600,000 price cut after being unable to secure a buyer.

If he sells that home at ask, he will lose out on a big chunk of money. Louis C.K. initially purchased that two-bedroom, two-bathroom Greenwich Village pad for $2.45 million in 2014, according to Dirt.com.

He also owns a Tudor cottage on 2 bayfront acres out east on Shelter Island.

Despite the controversy surrounding the 55-year-old, he won a Grammy in April for Best Comedy Album.