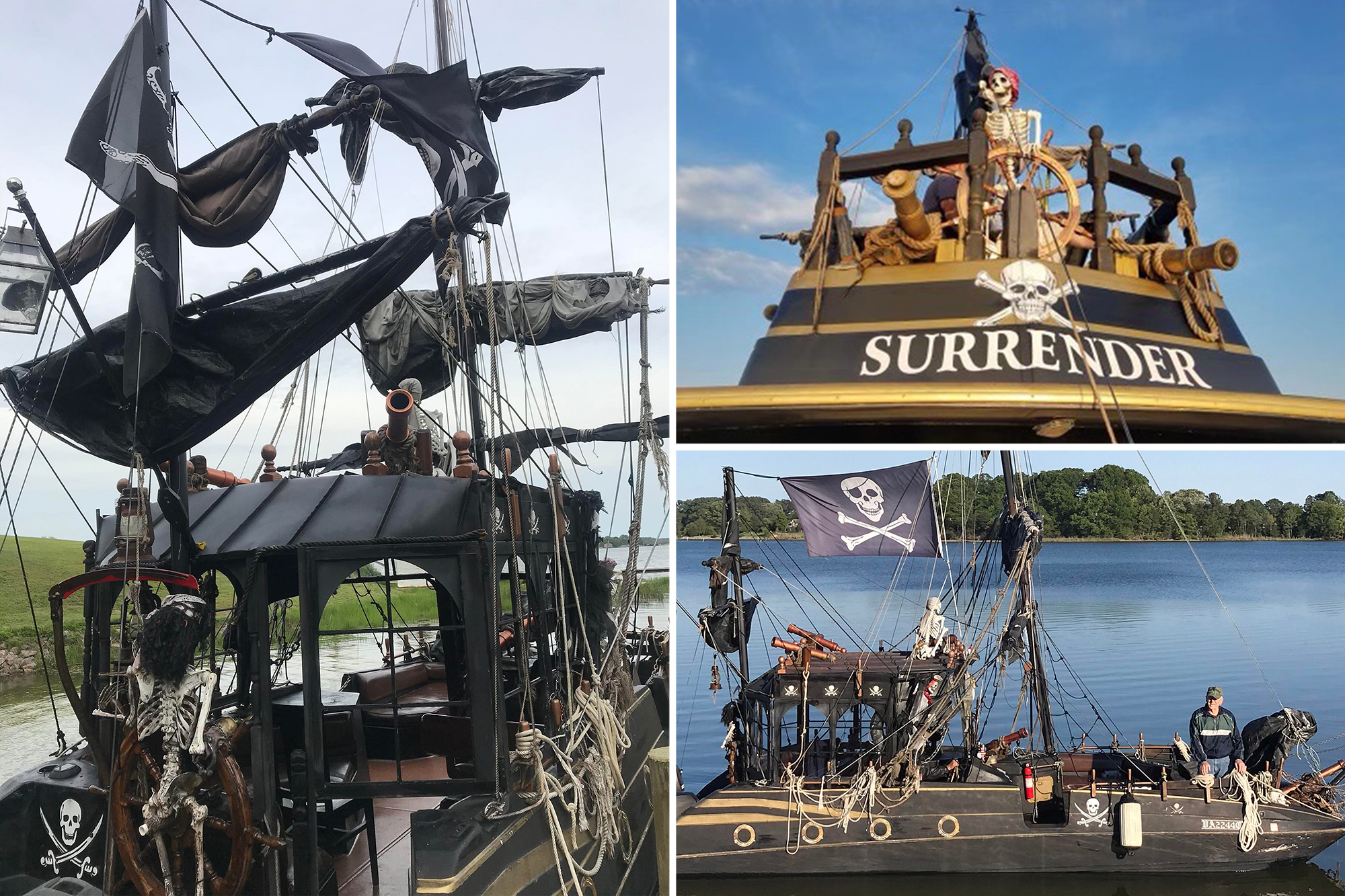 This retired Virginian is hooked on building boats.

A former fireman has evolved into a new kind of captain in his post-work years: one who sails the high seas and equips others to do the same — or at least allows them to have a conversation-starting houseboat to reside in.

“When I retired from the fire department, I moved down to Chesapeake Bay — we have a lot of old neglected boats down here. I try to keep these things out of the dump, resuscitate them into things that are useful — I repurpose them into pirate ships,” Captain Daniel Corder, 63, told The Post.

While Captain Dan is used to sparking joy with his lovingly reclaimed vessels, his most recent creation has shivered the internet’s timbers like never before.

“I’ve built 33 of these boats. Two others went viral, but not like this one. This one went nutty,” he said.

This one is his biggest and most expensive yet: a 44-foot-long watercraft refitted with a new motor, a fresh paint job, a full kitchen and bathroom and — at least in the listing photos — a skeleton crew of boney mates and mermaids, not to mention a few cannons. Corder is seeking $49,000 for the renovated 1993 Holiday Mansion, which he bought from an area marina.

Since posting the boat in a Facebook group for nautical nuts earlier this month, he’s been inundated with offers from folks as far away as Australia. But he’s not willing to take just anyone’s money.

“It has not sold because I haven’t found the right person yet,” he said. “I’ve had a lot of people want to buy it sight unseen, which I would never do.”

He spends so much time and energy salvaging the ships, he always makes sure they go to loving homes once they’re complete.

“Boats in general are hulls in the water that people throw money at. A lot of people want something cool like this but they don’t understand what’s required for maintaining it,” he said. “I’m really particular about who gets them so they don’t die a second death.”

Past pirate ships have gone to owners up and down the Eastern Seaboard, with several currently serving as tour boats in Florida, one offering excursions along the Pittsburgh waterfront, one moored at a New Jersey restaurant and one serving as a floating bar in an Alabama man’s backyard. “He sent someone up, got [the boat], brought it back to his place and put it in his swimming pool with a crane,” said Corder. Of the 33, Corder has kept one for himself.

Unlike the current ship, Corder sells most for $10,000 or so. He builds one or two a year out of everything from pontoon boats and sailboats to jet skis, “pretty much any floating platform you can imagine.”

Although of many makes, the pirate-ized vessels all have two things in common: “They were all junk boats and they all have the same name: The Intruder,” said Corder, explaining that there’s really no explanation for this — he just “thought it would be a fitting name.”

The virality of his most recent boat has only served to further buoy his passion and commitment to saving forsaken ships and turning them into marauder-worthy booty.

“My wife died a few years ago, so it’s a hobby that keeps me occupied,” Corder said. “I am humbled that people like this eccentric hobby that I got. It gives me a great deal of satisfaction and makes people happy — when I sail these things at dusk, with the lights all lit up, my neighbors get the biggest kick out of seeing it.”