Part of the magic of fairy tales is how they gain in repetition: Often though we’ve heard them, we still can thrill to each new telling, each variation on their familiar themes. So it is with Stephen Sondheim and James Lapine’s dazzlingly fractured 1987 musical Into the Woods, which combines the stories of Cinderella, Jack and the Beanstalk, Little Red Riding Hood and more into a witty tragicomic farce that—instead of some tidy moral—ends with a complex look at morality itself. In the past decade alone, New York audiences have been treated to revivals of Into the Woods in Central Park and Off Broadway as well as a live-action Disney film adaptation. Now, after a smash spring engagement at City Center’s Encores! series, the show returns for a limited Broadway run in a focused, funny and thoroughly satisfying staging by director Lear deBessonet.

True to its semi-concert roots, this production is low on spectacle. The trees of David Rockwell’s ghostly set are tall, pale, mottled tubes suspended from the ceiling over an onstage orchestra conducted with flair by Rob Berman. The choreography, by Lorin Latarro, is simple and well-judged. The costumes are a weak spot—even dialed up to Skittles brightness for the Broadway transfer, they are mostly dull and sometimes perversely indifferent to their function—but it hardly matters. The emphasis is on Sondheim’s twisting, punning, verbose score and on the easy charisma of the performers, who seem to be having an infectiously good time and who strike an expert balance between charming and sincere. 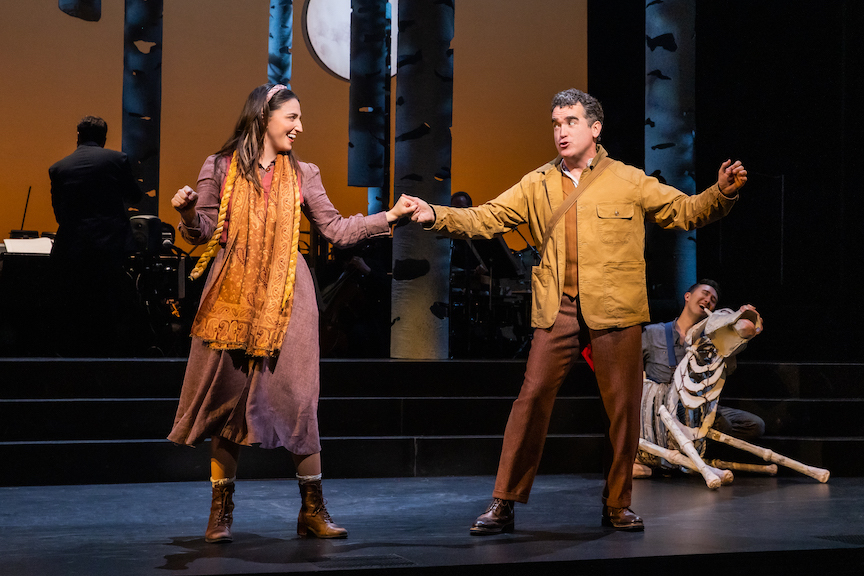 Not all of the all-star Encores! cast is along for this extended ride, and Patina Miller has the unenviable task of spelling for the irreplaceable Heather Headley as the Witch. Miller is as polished as a poison apple, but in the absence of Headley’s defiant gravity, the production’s weight tilts more noticeably toward its central couple: the childless Baker (a robust Brian d’Arcy James) and Baker’s Wife (Sara Bareilles, delightfully natural and appealing), whose longing for a bun in the oven drives them to the forest on a scavenger hunt for magical ingredients. There, their winding paths cross with those of the indecisive Cinderella (a rather somber and maternal Phillipa Soo), the formidable Little Red (a wonderfully bold and sneaky Julia Lester), the dandyish Wolf (Gavin Creel) on her tail, the dim-witted Jack (Cole Thompson) and his exasperated mother (Aymee Garcia) and a pair of feckless Princes (Creel and Joshua Henry, who excel in their two competitive-suffering duets).

In Lapine’s generous basket of goodies, these characters and others—including Cinderella’s Stepmother (a juicily ripe Nancy Opel) and snappish Stepsisters (Ta’Nika Gibson and Brooke Ishibashi), a skeletal cow (sweetly puppeteered by Kennedy Kanagawa) and a trauma-scarred Rapunzel (Alysia Velez)—are woven together by a Narrator (the perfect David Patrick Kelly) who doubles as a Mysterious Man of the woods. Many of them come to grief in the second half of the show, because the happiness of endings so often depends on when you stop telling stories.

If the first act of Into the Woods is about acquisition, the second is about cost: The furious wife (Annie Golden) of the giant killed by Jack returns to stalk the kingdom, with ruinous results. (As the final song reminds us: “Wishes come true, not free.”) What remains remarkable about this musical—why its roots grow deeper into you every time you see it—is how grown-up it is in its approach to ethical quandaries. “No one is alone,” here, doesn’t just mean that everyone has friends; it also means that everything one does has consequences for others that need to be considered.

DeBessonet hits these serious points movingly and gracefully at the end of the show, without sacrificing the many pleasures that the musical offers along the way. Into the Woods’s legion fans are well-served by this revival, and at both the Encores! performance and the Broadway press performance that I attended, the audience response was overwhelming. The show, for all its thorniness, engenders the bliss of re-encountering an old friend who is holding up great. What more, in the end, could you wish? 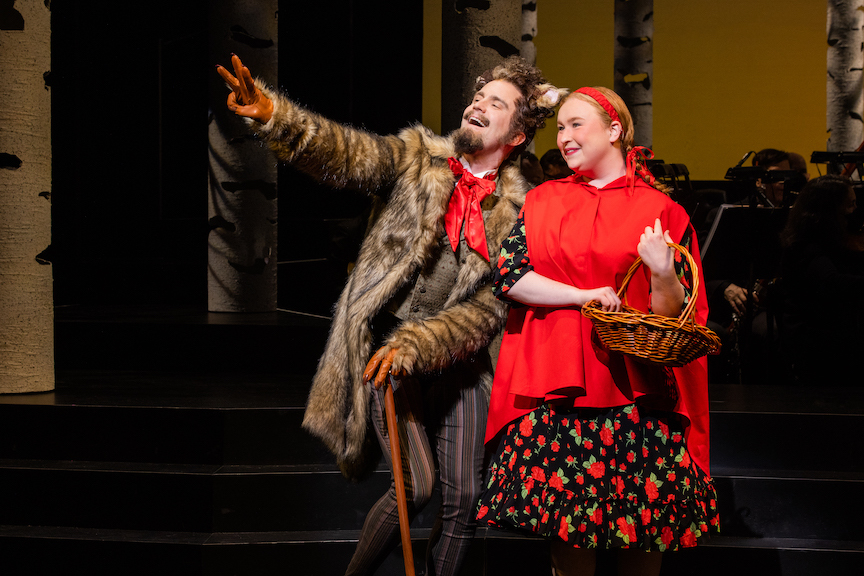