Hundreds of people came to the 32 Precinct on Wednesday night, packing 135th Street in Harlem and standing in the cold, to share the burden for a moment, of a pain that will last a lifetime.

Some left candles on the sidewalk of sorrow out front, some left flowers and others shouted their support from the rooftops.

Both officers were killed in the line of duty after being ambushed in the Harlem neighborhood they patrolled.

Officer Mora, 27, died Tuesday at NYU Langone Health in Kips Bay. He was transferred there Sunday from Harlem Hospital where his organs were donated to five people.

Earlier Wednesday, fellow NYPD officers escorted Officer Mora’s remains to a funeral home in Inwood. It was a somber procession of grief and loss. The NYPD stood at attention and NYPD choppers watched from a clear blue sky above as his body was carried to the funeral home.

At Wednesday night’s vigil, the department was embraced by the community but they will still need support. Many offices from the 32 Precinct who responded that night are off this week, grieving over the loss.

In a final act of heroism, Mora fulfilled his wishes of being an organ donor.

Officer Mora’s wake and funeral are planned for next week at St. Patrick’s Cathedral. 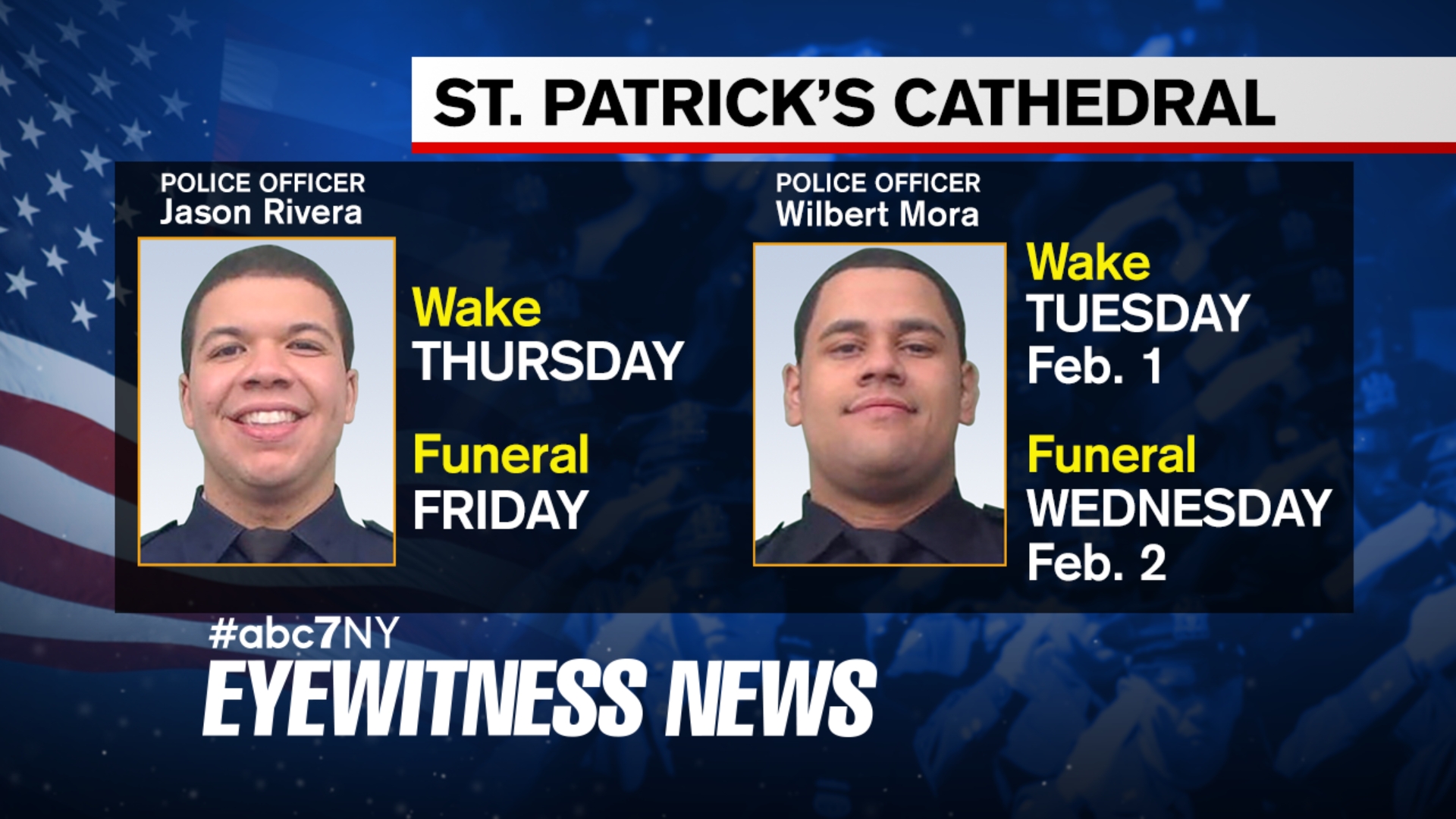 Before that, on Thursday and Friday this week, the wake and funeral for his partner, Officer Rivera, will take place at St. Patrick’s.

Love taught Jason in 10th and 11th grades and remembers his intense desire to give back and help those in need.

Meanwhile, JetBlue has announced it is providing free airfare to any members of law enforcement and public officials who are looking to attend Officer Mora’s funeral next week.

Naveen Dhaliwal has more on how to help families of fallen police officers.